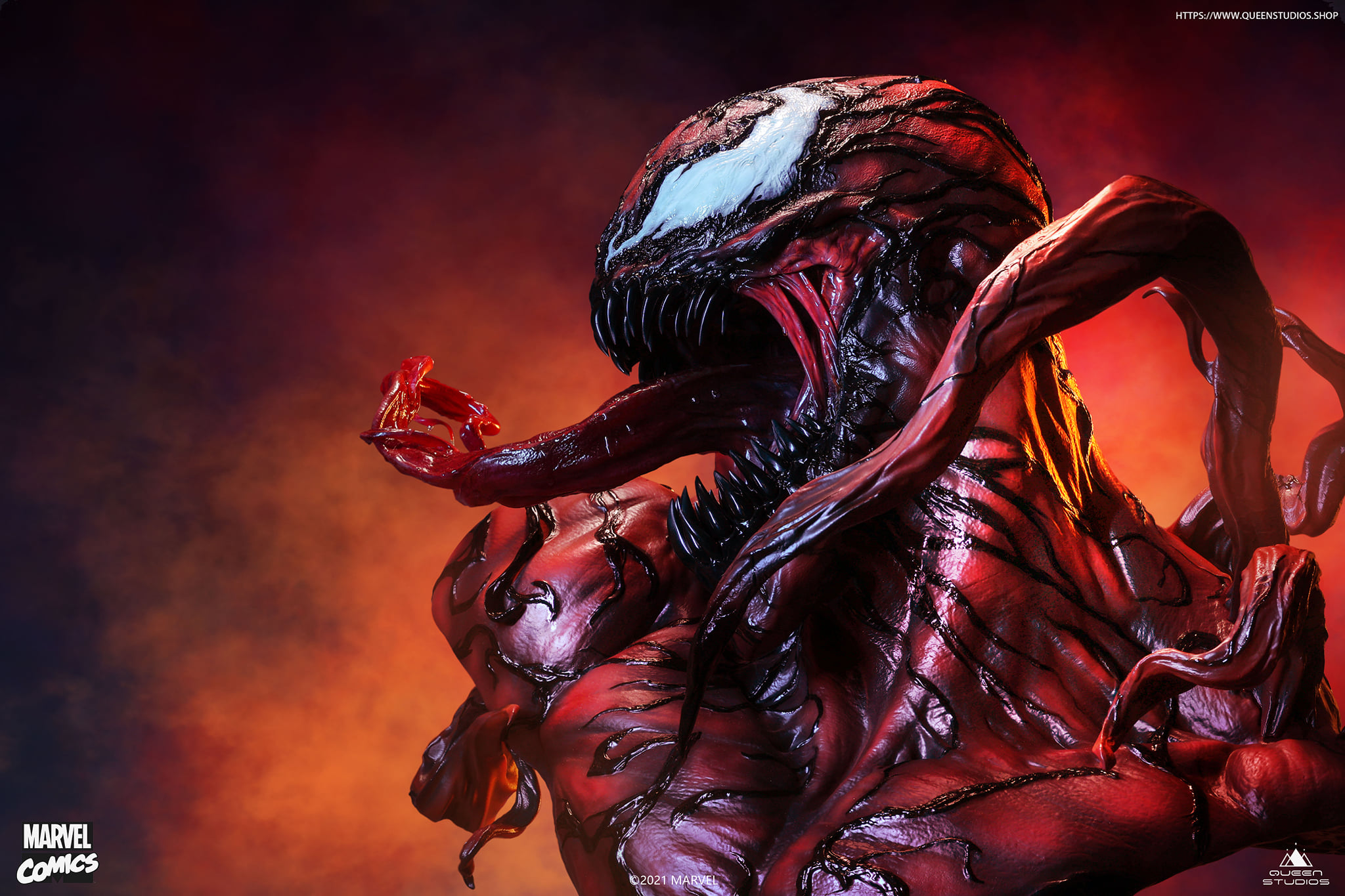 Serial killer Cletus Kasady transformed into Carnage after mixing blood with Eddie Brock, the host of the alien symbiote Venom. The symbiote magnified Kasady’s psychotic nature making him even less mentally stable, and consequently even more dangerous. And unlike Venom, Carnage is a singular creature, referring to himself as “I” instead of “We”, because the symbiote has merged into Kasady’s bloodstream.

The new life sized bust by Queen Studios brings to life the symbiote from the upcoming Carnage movie. Sharp tentacles surround his face, mouth wide open with his tongue whipping out. The bust stands at 74cm tall and is modelled from a variant cover of issue no.5 of the superb Marvel series Absolute Carnage.

USD1410 (before shipping) will get you a preorder slot for Queen Studios’ Carnage bust. Production for the statue is limited to 536 units, each to be delivered to preorder customers by the second quarter of 2022. The bust is only available for preorders from Mainland China, Hong Kong, Macau, Taiwan, South Korea.