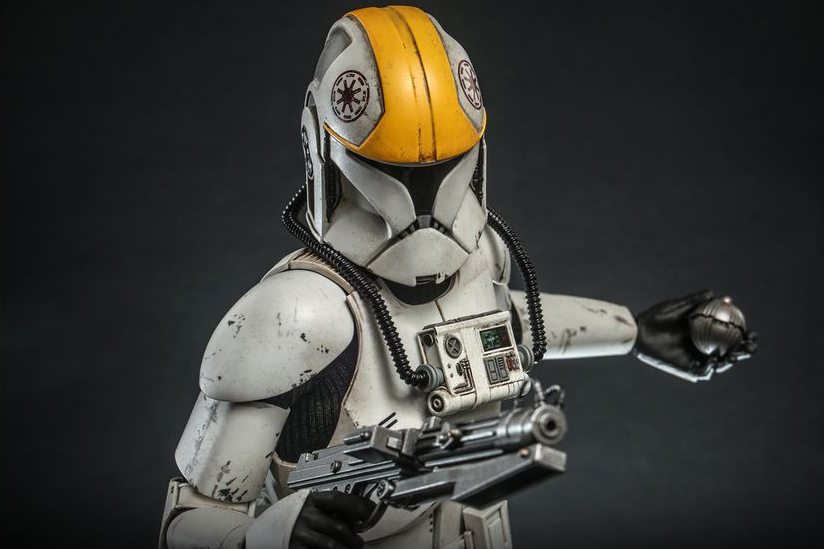 The Fourth figure from Hot Toys that was announced on May the 4th is the Clone Pilot from Attack of the Clones. These pilots were selected from regular clone troopers to be trained as pilots, to fly a variety of ships for the Clone army. In the battle of Geonosis, they flew Republic Attack Gunships to support the Jedi in the fight with the Separatists.