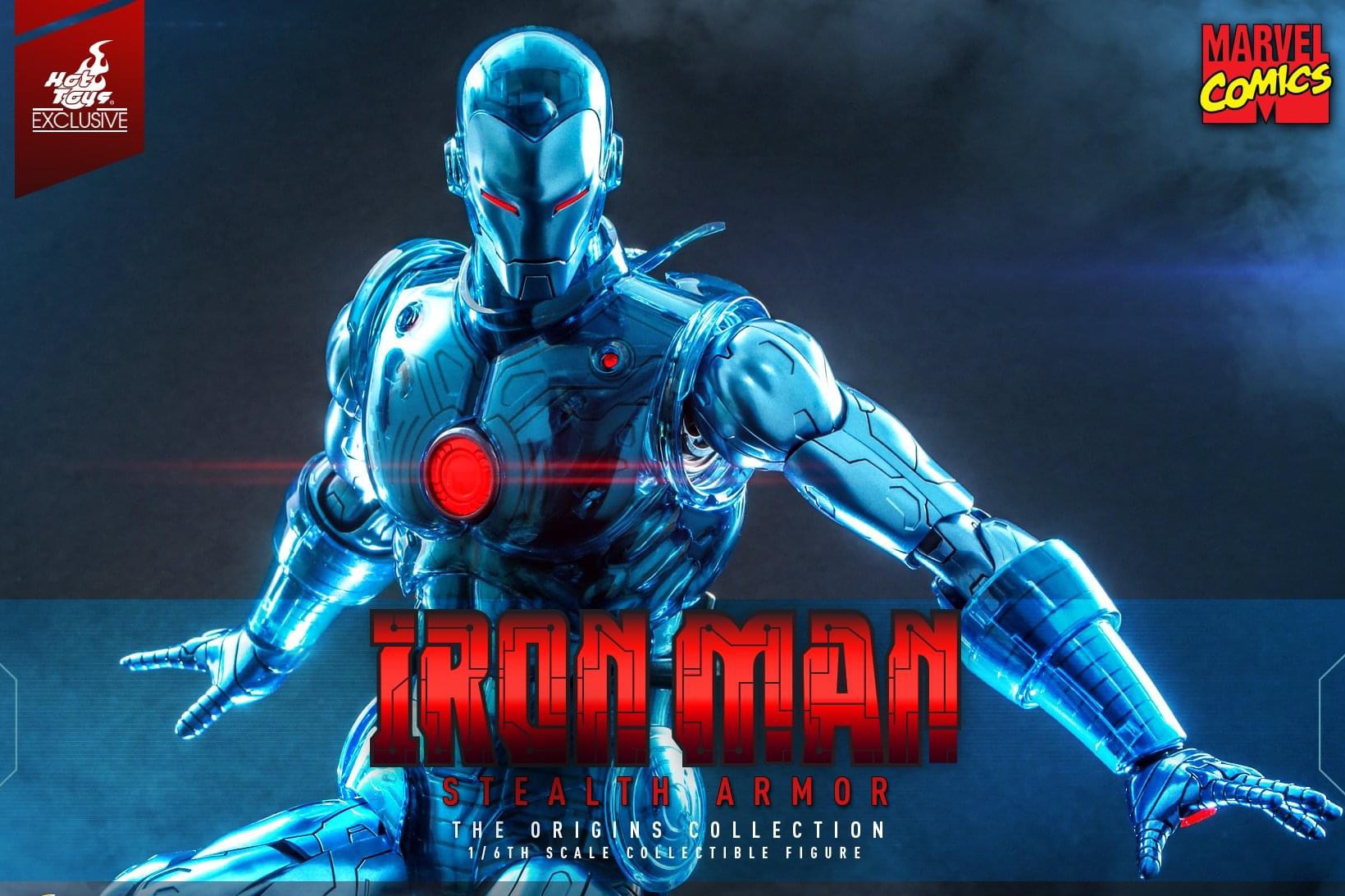 First introduced in the1981 Invincible Iron Man #152 comic, the Iron Man Stealth Armour suit was designed with stealth as its primary feature, the suit has the ability to maximize concealment by absorbing radar detection but offers fewer weapons in exchange for weight savings.

Hot Toys have revealed a diecast sixth scale figure of the Iron Man Stealth Armor, with shimmering armour in blue chrome color as the latest addition to The Origins Collection. The figure will be a Hot Toys Exclusive item that will only be available in selective markets..