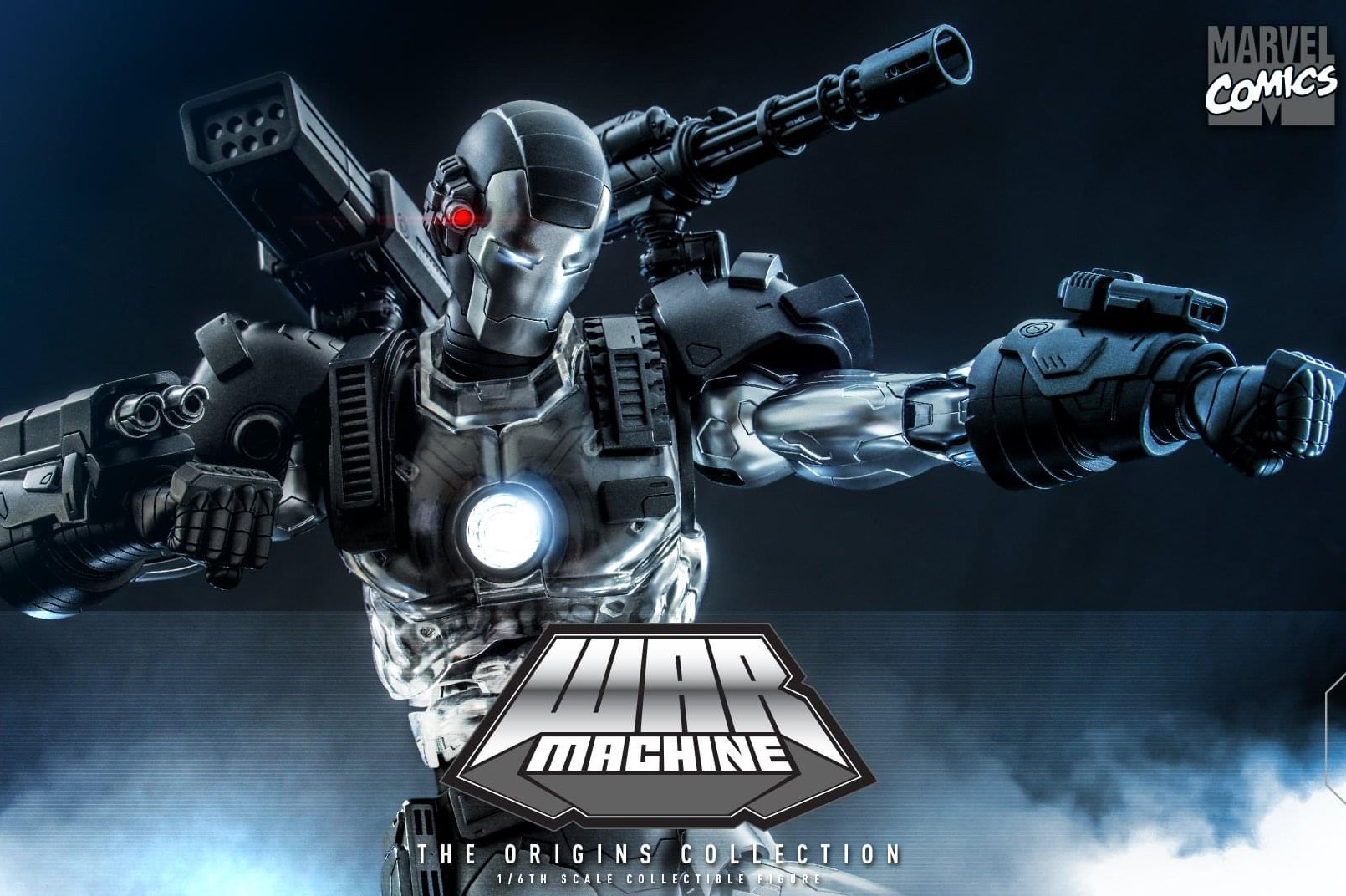 First introduced in the Iron Man #118 comic back in 1979, War Machine has proven to be a capable hero and loyal friend, someone who is reliable and faithfully patriotic throughout his comic run. He has assisted Tony Stark in countless near-death situations, putting himself on the line to save the world, and eventually becoming a super hero himself.

Inspired by the comics, Hot Toys’s new War Machine sixth scale figure will be a diecast collectible figure with crystal armour to extend on The Origins Collection.

The figure is based on the character’s appearance in the Comics, it features a new helmet head with LED light-up function; sophisticated armour design in matte black and metallic silver; clear crystal armor covering upper chest to waist; LED light-up Arc Reactor on chest and palms; back-mounted weapons such as machine gun and rifle gun; also a figure stand.