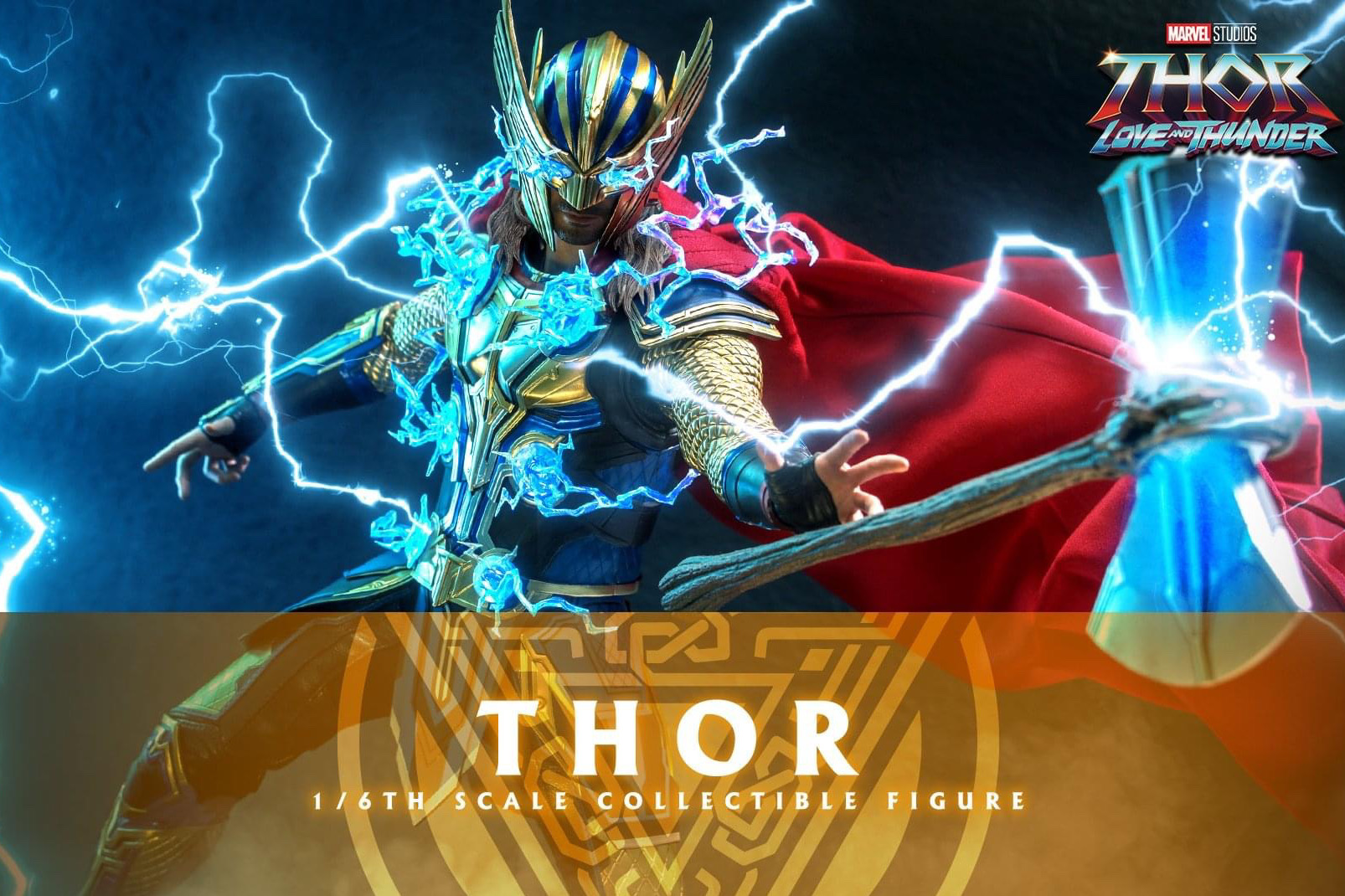 Thor returns from retirement in Love and Thunder, the latest movie from the MCU which is set to hit theatres very soon. And with all new Marvel movies comes a new costume for the the new movie, and a new figure from Hot Toys.

Two versions of the figure will be released, a regular version and a deluxe version. But unlike previous deluxe figures from Hot Toys, there is a substantial difference in the costume between the two versions of this figure.

Based on the appearance of Chris Hemsworth’s as Thor in the movie. The regular version features a head sculpt with specially applied with luminous reflective effect that accentuates Thor using his thunder power, a specialized body to depicts his muscular physique, red-coloured cape, gold and blue body armour with LED light up function, LED light up Stormbreaker, assorted lightning effect accessories with luminous reflective effect applied attachable to armour and weapons, and a figure stand.

The Deluxe Version will include additional accessories for alternative styling, such as an LED light-up helmeted head, interchangeable chest armour, one pair of armoured arms, and lightning effect accessories attachable to helmet.