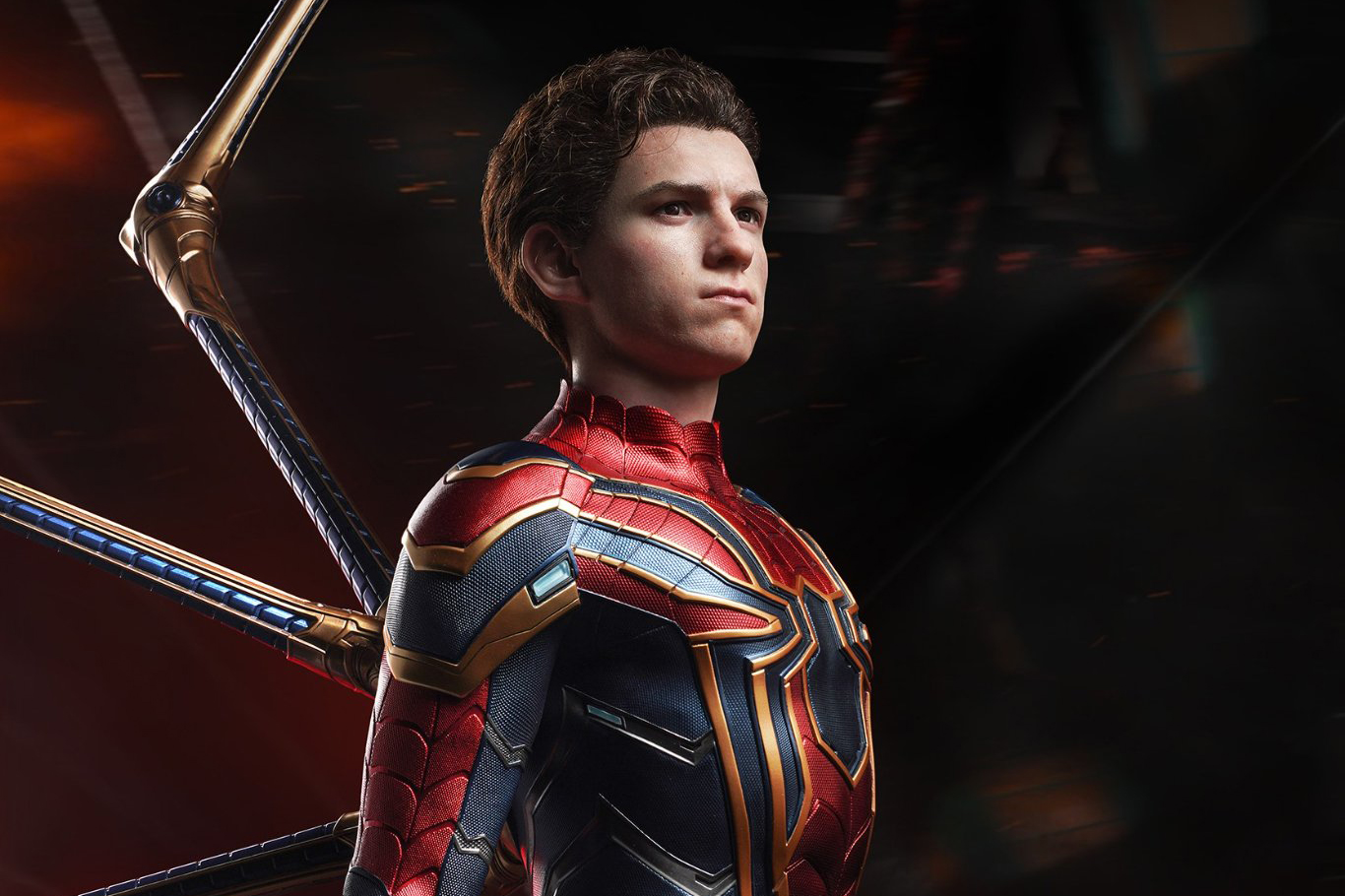 Spider-Man and Tom Holland fans will be looking to get their hands on this giant of a statue from Queen Studios. Scaled to 1/2 scale, the new statue measures 133cm tall, 85cm wide and 68cm deep. It is made mainly resin and PU plastics, and platinum silicon for the premium edition Tom Holland head piece.

The Iron Spider-Man 1/2 scale statue by Queen Studios is based on the character in the Avengers: Endgame movie. There will be 2 versions of this statue, a regular edition and a premium edition, both the Regular and Premium Editions will include the masked head-sculpt which features internal lighting, allowing you to display with the standard white eye lens or “Instant-Kill” red eye lens.

The premium edition includes the much coveted Tom Holland head piece as an additional accessory. Queen Studios have perfected the art of making realistic statues over the years, and this one of Peter Parker is evidence of that. The creators have used silicone for Peter Parker’s skin, creating that realistic appearance you see here. His hair is individually rooted strand by strand, before being trimmed and styled. Glass eye balls complete the appearance of Tom Holland, adding that extra touch of realism to the statue’s face.