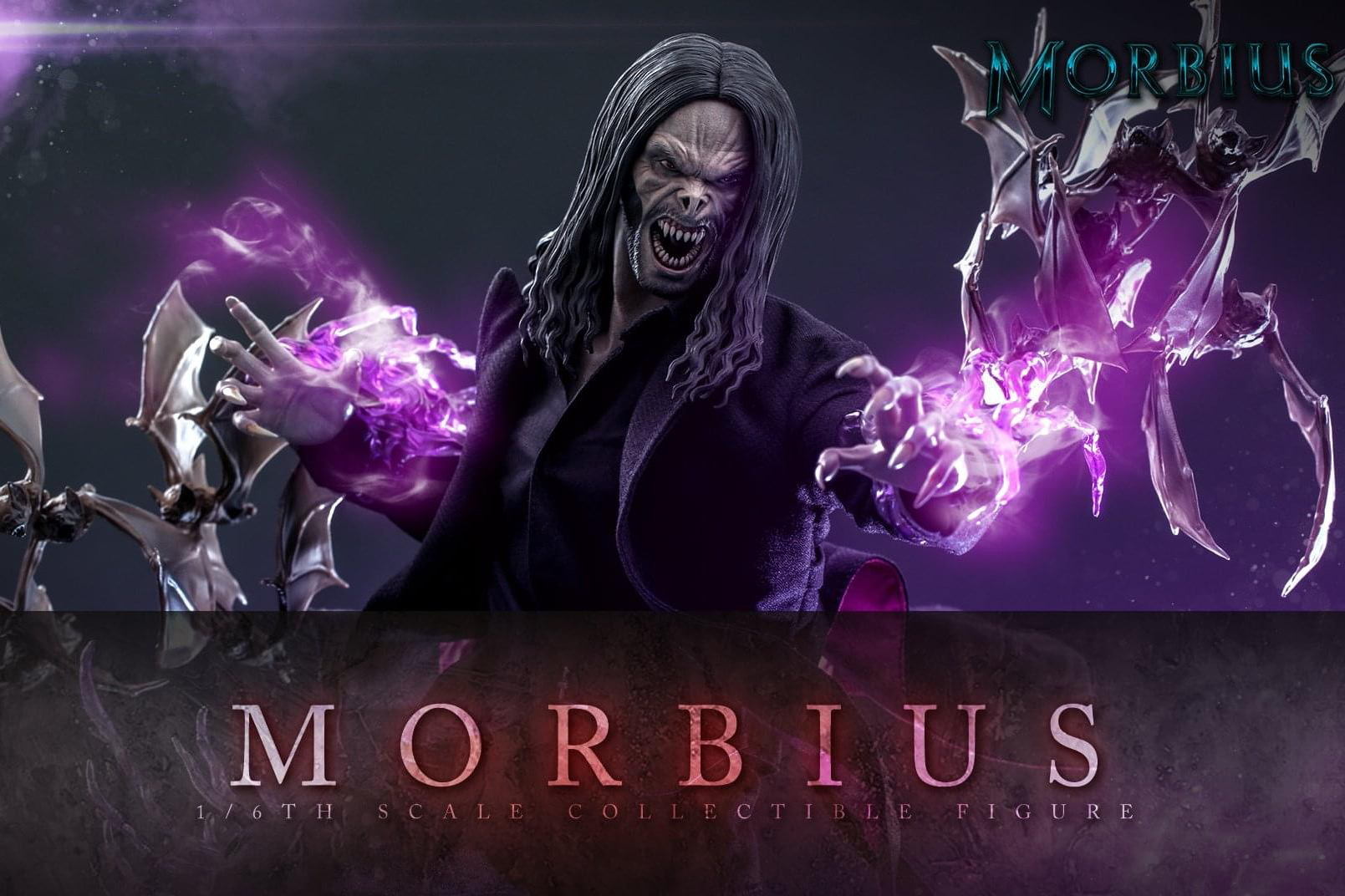 The upcoming Morbius movie from Marvel will see the introduction of Dr. Michael Morbius, a biochemist who suffers from a rare genetic disorder and is almost hopeless in treatment. In true mad scientist fashion, he tries to cure himself using vampire bat blood and is healed… but inadvertently turns himself into a new being – a vampire with superhuman powers including enhanced agility, strength, and stamina. Jared Leto stars as Michael Morbius in this upcoming block buster from Marvel.

The new movie has spawned a sixth scale iteration from Hot Toys, the figure is based on Jared Leto as Morbius from the movie, and features a head sculpt with red eyes and sharp teeth capturing varying degrees of his grisly nature, a tailored outfit including a long coat, a swarm of bats accessory to recreate the scene with Morbius summons the bats, several pieces of speeding effect parts, and a figure stand.