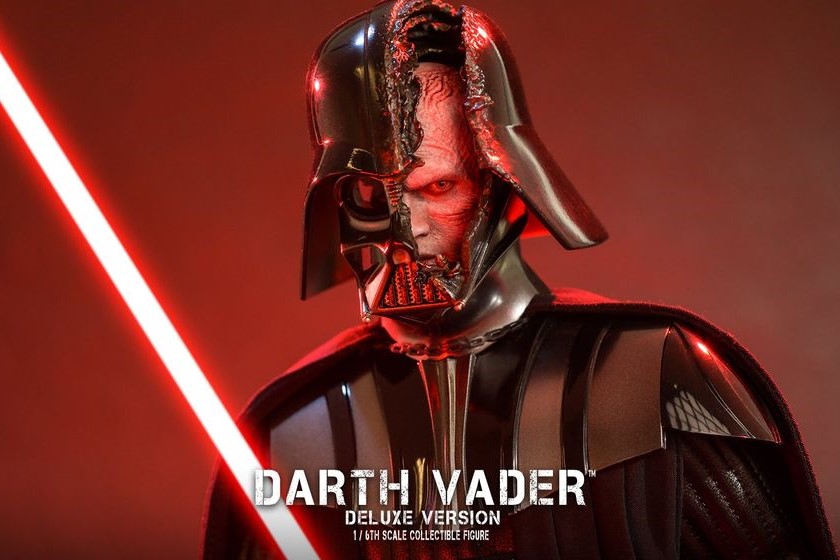 “You didn’t kill Anakin Skywalker… I did.” – Darth Vader

A bruising battle between Obi-Wan Kenobi and Darth Vader has led to the Sith Lord suffering damage to his helmet and life support system, ultimately leading to his defeat by his previous master.

The iconic battle damage appearance of Darth Vader with a split helmet has quickly made its way into the Hot Toys lineup. The new figure features a battle damaged helmet revealing the scarred head sculpt of the former Anakin Skywalker™ equipped with a rolling eyeball function, a battle damaged chest control panel, an LED light-up belt boxes, an LED light-up Lightsaber, an interchangeable lightsaber blade emulating the weapon in motion, a pair of Third Sister’s lightsabers, and a rocky diorama base.

There will be a total of 3 versions of this figure, a regular version, a deluxe version and a special edition. The Deluxe Version includes an interchangeable non-damaged Darth Vader helmet head, chest control panel, and an additional LED light-up figure base. The Special Edition will only be available in selected markets, it will include a Grand Inquisitor hologram miniature and holoprojector as bonus items.