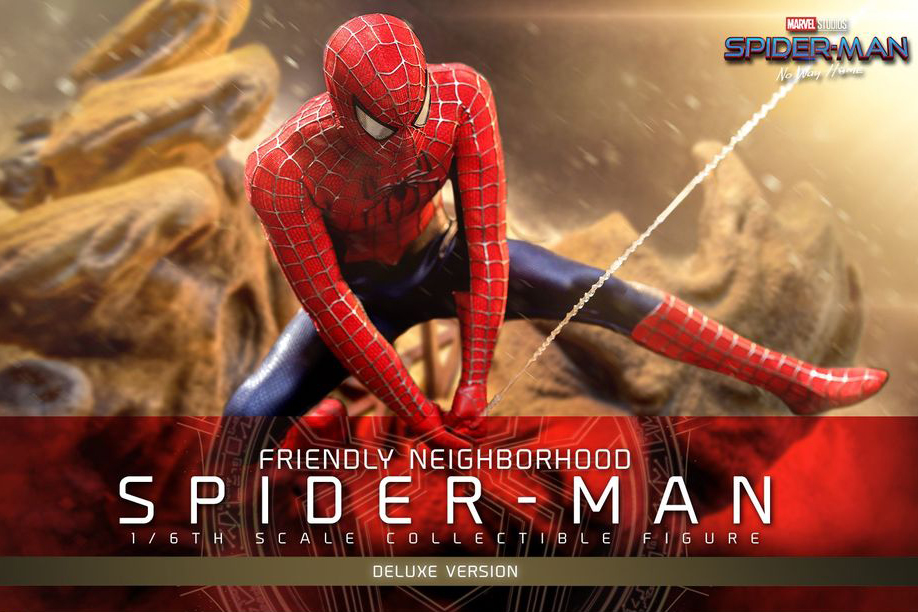 Tobey Maguire is back and swinging in Spider-Man: No Way Home, as Peter Parker from a different universe. This figure comes just after the sixth scale Andrew Garfield Spider-Man figure that was announced recently by Hot Toys. Two of the most anticipated Spider-Man figures announced within a month, not healthy for the wallet at all.

Three versions are available,a regular version, a special edition and a deluxe version. The Special Edition will only be available in selected markets, it will include a Doc Ock’s tentacle as bonus item. The Deluxe Version includes a Sandman diorama figure base