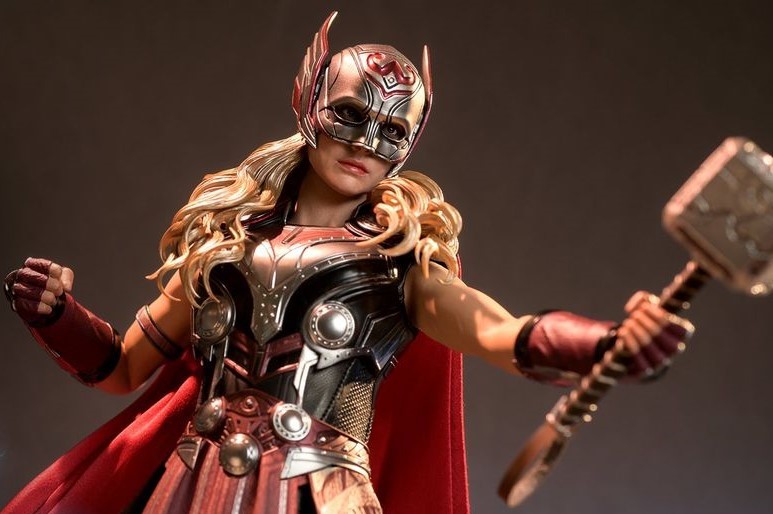 A character that had so much story telling potential before Marvel killed her off, Jane Foster is the Mighty Thor after being saved by the mystical hammer, Mjolnir. Natalie Portman’s debut as an MCU heroine was as much anticipated as her sixth scale figurine, following the announcement of the sixth scale Thor figure just a couple of weeks ago. Though her actual head sculpt is yet to be seen, this figure should sell well thanks to the popularity of the movie.

The new Mighty Thor figure by Hot Toys is crafted based on the appearance of Natalie Portman in the movie, it features both a helmeted head sculpt and a normal head sculpt with blonde wavy hair sculpture, a newly designed body with seamless arms, a tailored body armour in metallic silver and red with a red fabric cape, sculpted accessories including a damaged Mjolnir with LED light-up function, a Mjolnir handle with lightning effect, and a figure stand.

Hot Toys will produce 2 different versions of this figure, a regular version and a special edition. The Special Edition will only be available in selected markets, it includes an interchangeable helmet with battle damage effects as bonus item exclusively.