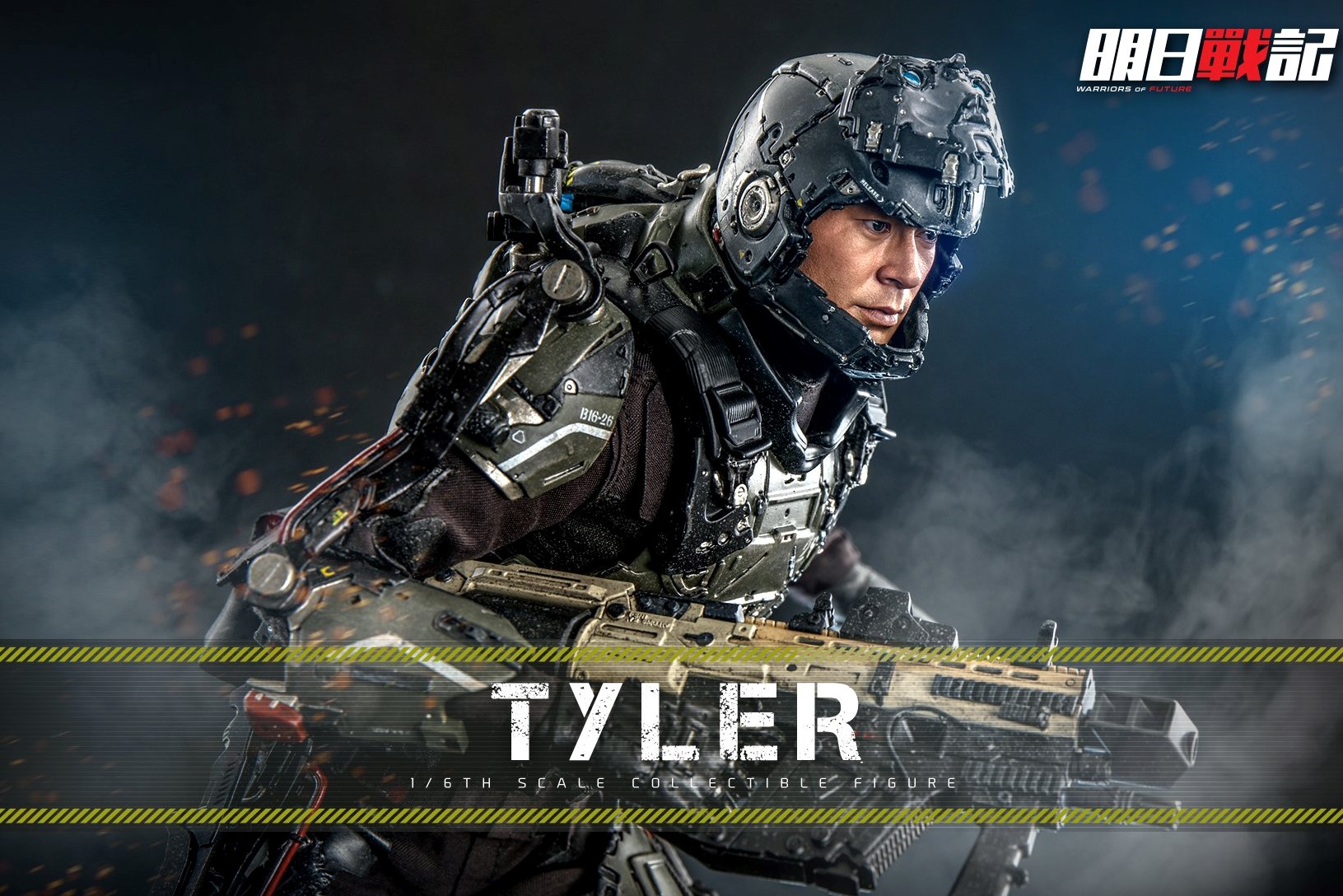 Warrior of Future is an upcoming movie from Hong Kong that follows the story of a grim planet earth that is under an extreme environmental crisis. Subsequently, a meteorite crashes onto earth, bringing with it a dangerous alien life form that destroys everything in its parth. Protagonist Louis Koo stars as Tyler, who as a surviving soldier armed with weapons and an exosuit, is tasked with destroying the alien invaders but goes on to discover a conspiracy.

Louis Koo gets his first sixth scale figure for his role as ‘Tyler’ in Warriors of Future. The new figure by Hot Toys features an LED light-up helmeted head sculpt with resemblance to Louis Koo, his dark green, black exosuit and mechanical exoskeleton weathered from battle, an LED-lighted torch on shoulder, gear holsters on the suit with d weapons such as a heavy machine gun, a blade, a dagger, a pistol, grenades, and a rocky themed diorama figure base.

The 1/6th scale Tyler Collectible Figure specially features:
– Authentic and detailed likeness of Louis Koo as Tyler in Warriors of Future
– A newly developed helmeted head sculpt with LED light-up function (battery operated) and removable mask
– Movie-accurate facial features with detailed skin texture
– Approximately 31 cm tall
– Over 30 points of articulations
– Special features on the Exosuit:
– Dark green and black colored armor with white decals and distress effects application
– LED-lighted torch on left shoulder (battery operated)
– Detailed mechanical exoskeleton over shoulders, upper arms, legs and back
– Weapon holsters in front of chest and around legs
– Eight (8) pieces of interchangeable hands including:
• One (1) pair of fists
• One (1) pair of relax hands
• One (1) pair of hands for holding guns
• One (1) pair of hands for holding accessories
– Each piece of head sculpt is specially hand-painted