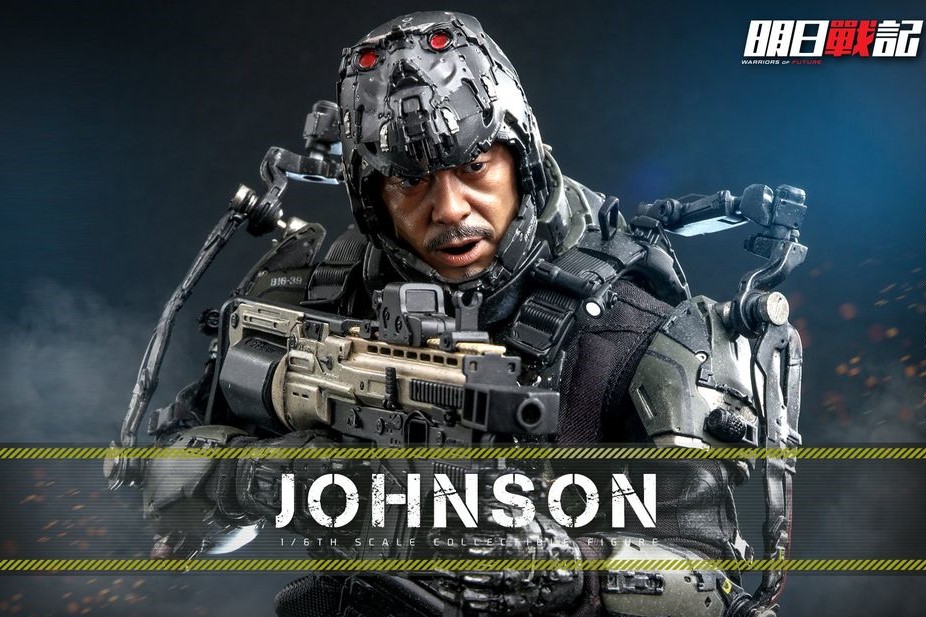 A meteorite crashes onto a barren future Earth that is ravaged by pollution and global warming, bringing with it an alien vine that purifies the planet but kills everything in its path. Armed with the plant’s genetic map, a heavily armoured military led by Commander Johnson, tries but fails to destroy the alien vine. Actor Sean Lau plays ‘Commander Johnson’ in this upcoming Sci-Fi movie from Hong Kong, home of the sixth scale giant, Hot Toys.

Hot Toys have made a sixth scale figure that is based on the appearance of Sean Lau as Johnson in the movie, the figure features an LED light-up helmeted head sculpt, a weathered exosuit in dark green and black with decals and mechanical exoskeleton, an LED-lighted torch on shoulder, gear holsters on thesuit with weapons and accessories including a heavy machine gun, an axe, a dagger, a pistol, grenades, and a rocky themed diorama figure base.

The 1/6th scale Johnson Collectible Figure specially features:
– Authentic and detailed likeness of Sean Lau as Johnson in Warriors of Future
– A newly developed helmeted head sculpt with LED light-up function (battery operated) and removable mask
– Movie-accurate facial features with detailed skin texture
– Approximately 30 cm tall
– Over 30 points of articulations
– Special features on the Exosuit:
– Dark green and black colored armor with black, white decals and distress effects application
– LED-lighted torch on left shoulder (battery operated)
– Detailed mechanical exoskeleton over shoulders, upper arms, legs and back
– Weapons holsters in front of chest and around legs
– Eight (8) pieces of interchangeable hands including:
• One (1) pair of fists
• One (1) pair of relax hands
• One (1) pair of hands for holding guns
• One (1) pair of hands for holding accessories
– Each piece of head sculpt is specially hand-painted