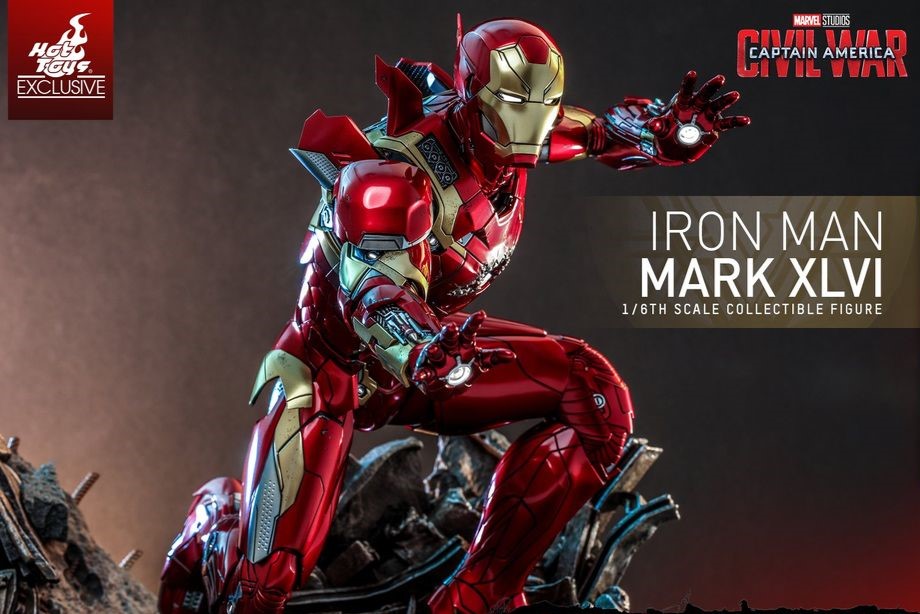 Hot Tots mark the opening of their flagship store in Shanghai with the launch of a sixth scale Iron Man Mark XLVI diecast figure. The figure will be limited to certain countries and is based on the Mark XLVI from Captain Amercia: Civil War.

As for accessories, Hot Toys have decided not to include a Tony Stark head sculpt with this figure, but you do get an LED light-up helmeted head, a body with 28 LED light-up points including the arc reactor, a pair of thrust fire accessories that can be attached to the feet, and a newly crafted diorama figure stand highlighting a collapsed corner on battlefield to recreate the thrilling scenes from movie.