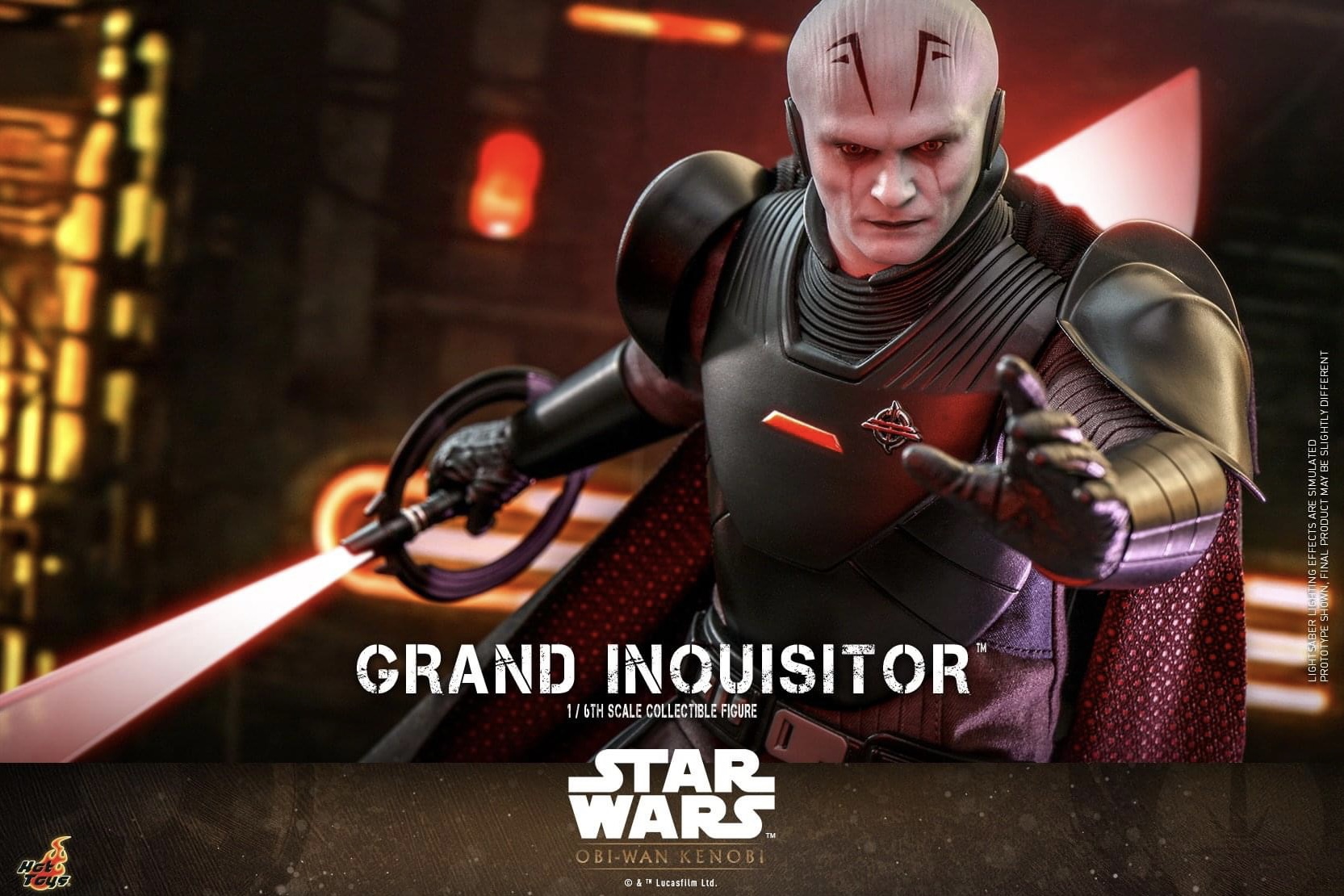 “The Jedi™ cannot help what they are. Their compassion leaves a trail.” – Grand Inquisitor

The Empire’s Grand Inquisitor, Pau’an, is the leader of the Force-sensitive group of inquisitors. Similar to Darth Vader, these guys are dressed in black and wield red lightsabers.

Pau’an is the first inquisitor to be released in sixth scale by Hot Toys, the new figure features a head sculpt that is based on the appearance of actor Rupert Friend in the film. It includes a tailored outfit, LED light-up chest armour, a belt with luminous reflective effect, LED light-up double-bladed lightsaber, interchangeable lightsaber blades emulating the weapon in motion, a Darth Vader hologram and holoprojector, and a display base.