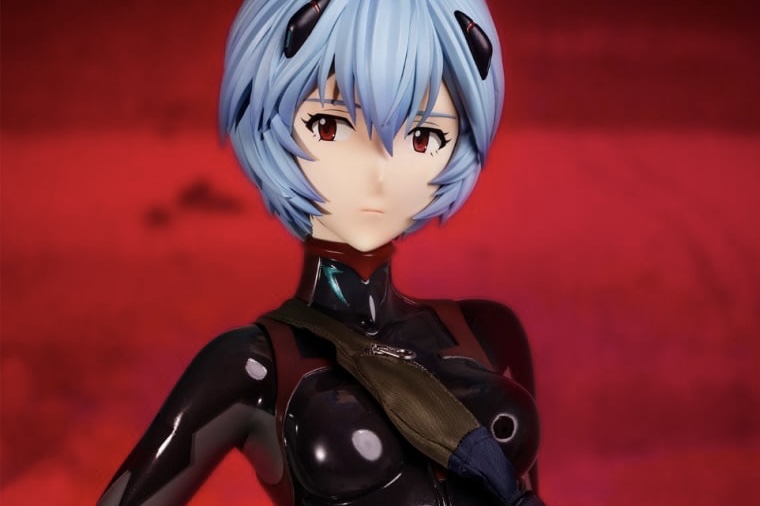 A different take on the usually white Rei Ayanami, this version with the black plug suit takes origin from Evangelion: 3.0 You Can (Not) Redo, a 2012 Japanese animated science fiction action film that is the third of four films released in the Rebuild of Evangelion series, based on the original anime series Neon Genesis Evangelion.

Infinity Studio’s Rei Ayanami is a a 1/2 scale statue that is made of a combination of polystone, PVC and frabic materials. Two versions that will be released, a Premium Version and an Elite Version.

The Premium version measure 91cm tall, 36cm wide and 43cm deep. It features an LED light up function, a diorama base, a replacement hand and a nameplate. Production of the Premium version is capped at 499 pieces.

The Elite version only features a single pose and display base, with no LED light up function, interchangeable accessories or diorama. It measures 84cm tall, 33cm wide and 33cm deep.

Prices for Rei range from SGD1220 for the Elite version to SGD1425 for the Premium version, Infinity Studio is expected to complete production of the statue sometime in the third quarter of 2023.