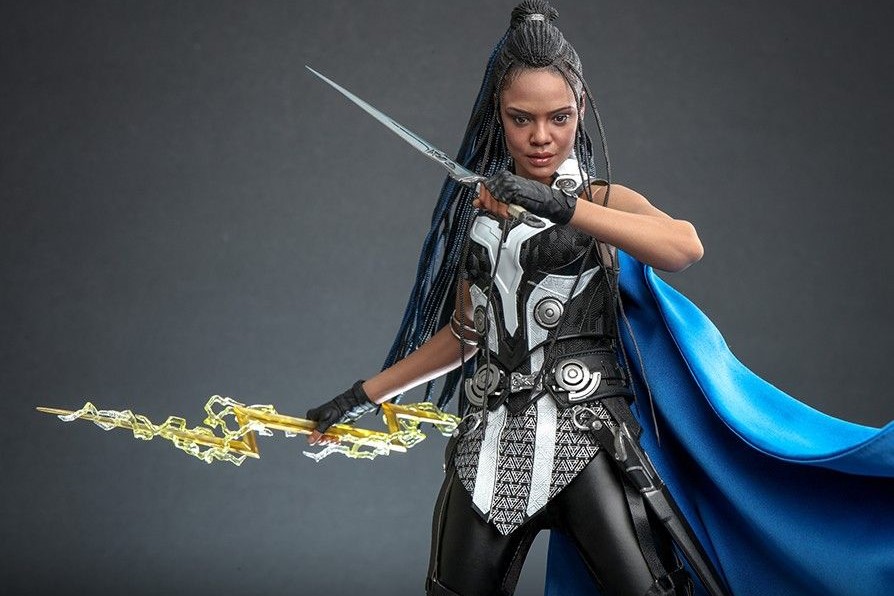 Crowned by Thor to be the new King of Asgard, Valkyrie wields her trusty Dragonfang sword and possess great strength. When a dangerous galactic killer threatens the livelihood of New Asgard, King Valkyrie is forced to take up her sword once more to protect and defend her people.

Adapted from Thor: Love & Thunder, Hot Toys have opened the preorder books for the much anticipated sixth scale Valkyrie figure, the figure is crafted based on the appearance of Tessa Thompson’s as Valkyrie in the movie, it features a newly developed head sculpt, a dreadlock ponytail hair sculpture, a newly designed body with seamless elbow joints, a tailored vest armour in black, white and metallic silver with a fabric cape, weapons and accessories including the Dragonfang sword, a pair of daggers, Zeus’ Thunderbolt and effect accessory, Korg’s face sculpt, portable speaker, and a figure stand.