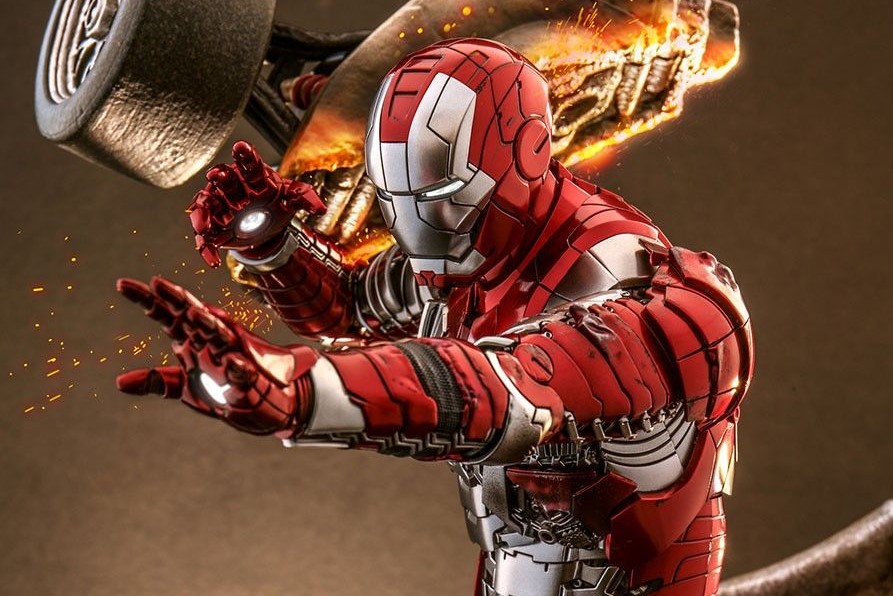 Another Mark V Iron Man is planned for production at Hot Toys, this time with the inclusion of a race track diorama base. The new diorama is based on the battle scene between Tony Stark and Whiplash in the Iron Man 2 movie.