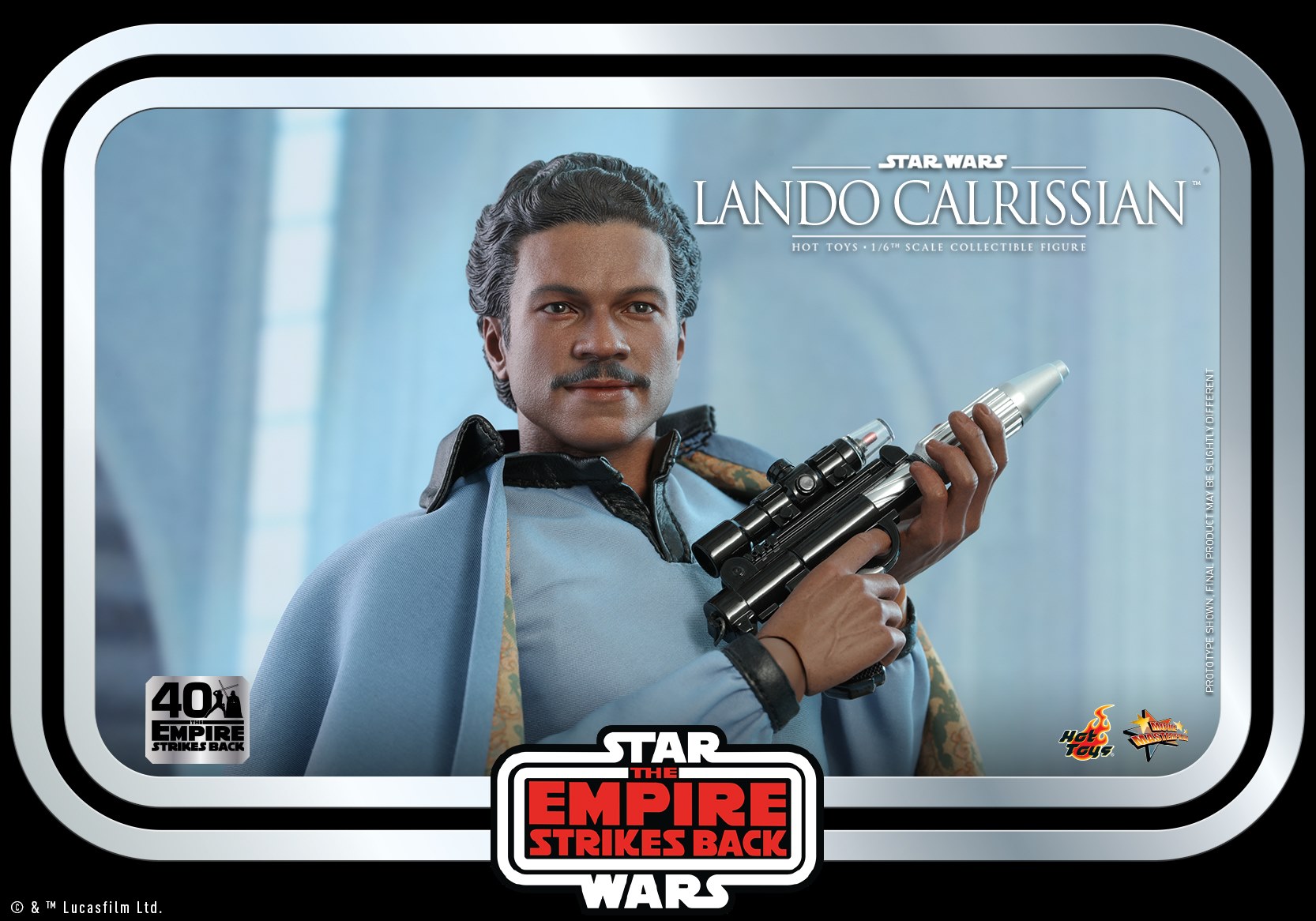 Hot Toys commemorate the 40th anniversary of Star Wars: The Empire Strikes Back with the release of Lando Calrissian in sixth scale. The figure features a tailored outfit and cape, two blasters, a communicator, a wrist link, a figure base with Cloud City backdrop. All these boxed in the company’s new retro style packaging.