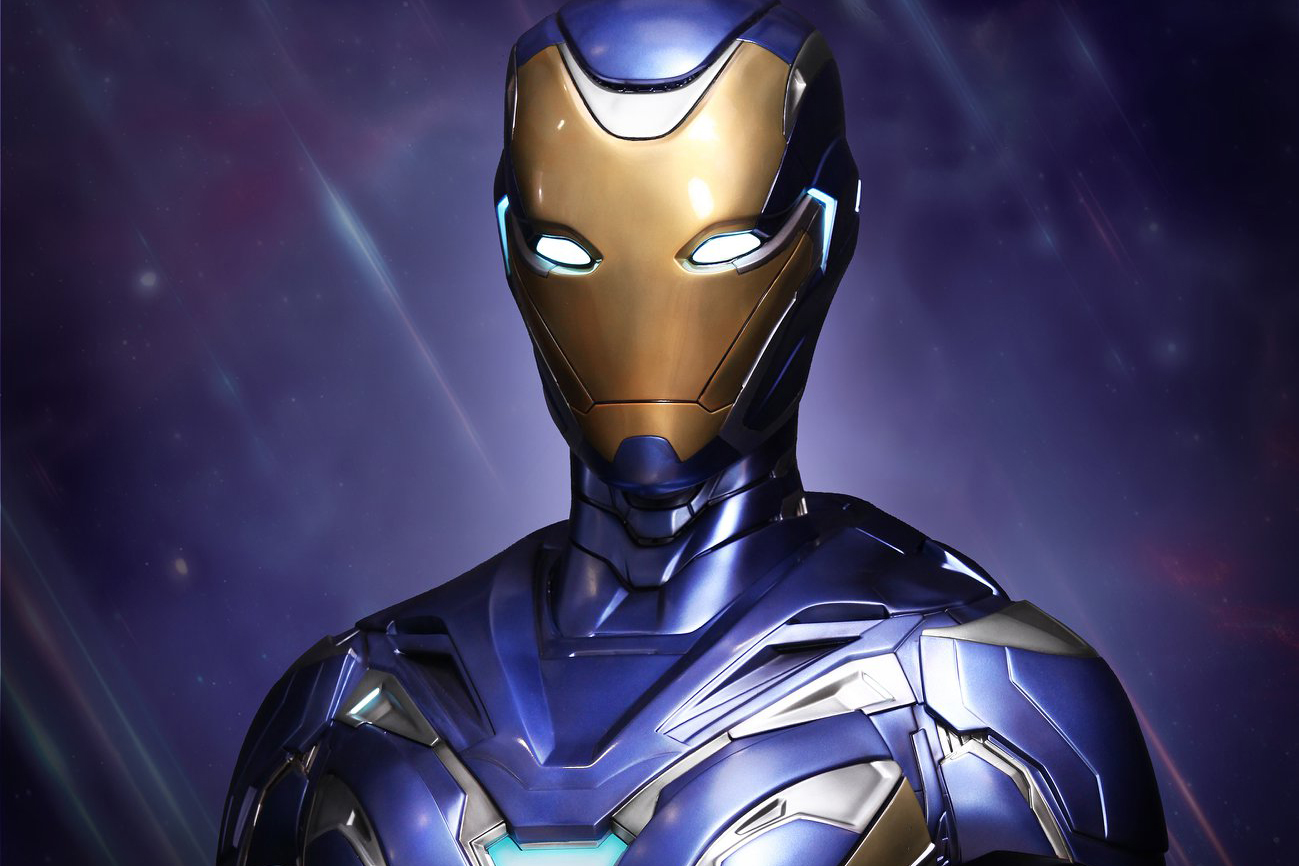 Queen Studios have announced the release of a 1:1 scale, life-sized ‘Rescue’ bust. ‘Rescue’ was the suit worn by Virginia “Pepper” Potts in the Avengers: Endgame movie.

The bust is painted in a beautiful metallic lavender blue with a champagne gold and silver trim, an almost flawless replica of the suit. It is made of polystone, and measures 51cm (W), 79cm (H), 40cm (L). The bust features LED light up in the arc reactor and eyes.

Only 299 Rescue busts will be produced by Queen Studios, each with a preorder price of USD1225 before shipping. Preorders for the bust can be made here.

An Iron Man Mark 85 bust was also announced. Customers that order both the MK85 and the Rescue bust can get both busts with the same edition number.